Once upon a time there were three neighboring kingdoms each with a magnificent castle, from which ruled kings and queens, princes and princesses. One king was a fornicating libertine, another captivated by a strange animal, while one of the queens was obsessed by her wish for a child. Sorcerers and fairies, fearsome monsters, ogres and old washerwomen, acrobats and courtesans are the protagonists of this loose interpretation of the celebrated tales by Giambattista Basile. 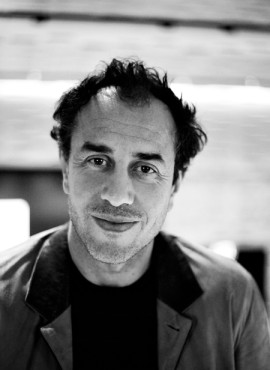 Matteo Garrone was born in Rome in 1968. After working as a camera operator assistant, he decided to devote himself full-time to painting. In 1996, he won the Best Short Film award at the Sacher Festival with Silhouette.

His first feature film, Terra di Mezzo (1996), was awarded at the Festival of Youth Cinema in Turin. In 1998, he shot the documentary Oreste Pipolo, Photographer of weddings in Naples. That same year, his second feature film, Ospiti, was screened at the Venice Film Festival. His third feature, Roman Summer (2000), was selected in Competition at the Venice Film Festival, while The Embalmer (2002) was presented at the Directors’ Fortnight in Cannes. In 2004, First Love was screened at Berlin Film Festival where it won the Silver Bear for Best Music. In 2008, he made Gomorrah, which won the Grand Prix at the Festival de Cannes. The same year, the film won five European Film Awards Also in 2008, Matteo Garrone produced the first film by Gianni Di Gregorio, Mid-August Lunch, which won the Best First Film Award at the Venice Film Festival.

In 2012, Garrone’s film Reality screened in Competition at the Festival de Cannes and won the Grand Jury Prix. In 2015, he returns with Tale Of Tales.