Belgrade is the last stop before reaching the European Union for refugees from Africa and the Middle East fleeing from imperialist wars . Students from Belgrade and Ljubljana go down to the train station in Belgrade, which became the Windrose, a place where all the winds that shake today’s world meet. 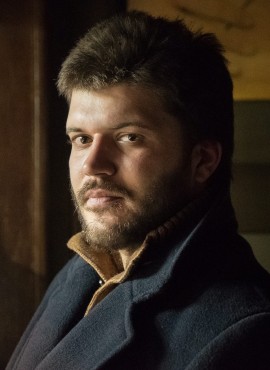 Kosta Ristić was born in 1990 in Kragujevac. He is currently working on a master’s degree in Film and Television Directing at the Faculty of Dramatic Arts and wrapping up his final film, Bandits looking for mammy. He has directed, written and acted in theatres, at public events and on the street. However, he works mostly on films and TV, directing numerous TV and video clips, as well as short and documentary films, including Freedom or a comic book (2009), If I were Clyde (2010), Barefoot (2010), Woyzeck (2013), From Slovenia to Greece, fuck the police (2013), Butch & Sundance meet Pancho Villa (2014), Windrose (2015).