Conscientious secretary, Carla, lives an exemplary life until she meets Paul. Her hearing is impaired and she lip-reads. He is an ex-convict. She wants to help him. He thinks no one can help him except himself. 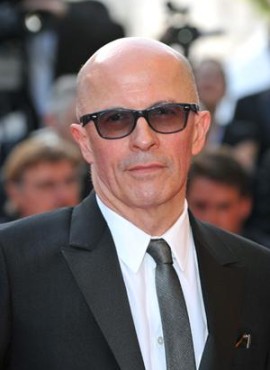 Jacques Audiard was born in Paris in 1952, to a family of film workers. His father, Michel Audiard, was a popular writer and director, and his uncle worked as a producer. At first, Jacques Audiard did not want to be part of the film world, and studied literature and philosophy at the Sorbonne. One of his first experiences in film was working as assistant editor on Roman Polanski’s film The Tenant (1976). He simultaneously worked on adapting contemporary French novels for theatre and film.

He made his directorial debut with See How They Fall (1994) Mathieu Kassovitz Jean-Lous Trintignant and Jean Yanne star in this combination of a road movie and film noir, which won three César Awards, including the award for Best First Work.

Kassovitz and Trintignant also played the lead role in Jacques Audiard’s second film. A Self-Made Hero (1996) is a provocative examination of the myth about De Gaulle and the French resistance during the Nazi Occupation. This movie won Audiard the award for best screenplay at the Cannes Film Festival. Read My Lips (1998) focuses of the problems of a deaf-mute woman and a former convict and talks about loneliness and self-effacement in society. The movie won three César Awards: Best Screenplay, Best Actress (Emmanuelle Devos), and Best Sound.

Jacques Audiard’s next movie The Beat That My Heart Skipped (2005) is a remake of James Toback’s Fingers (1978.) The protagonist of the movie is a young man torn between two worlds: the world of music that his mother belongs to and shady business that his father belongs to. The movie received César Awards in eight categories, including Best Film, Best Director, Best Adapted Screenplay, and Best Cinematography, as well as many other international awards.

His movie, A Prophet (2009), which follows the rise of a young, illiterate Arab in a harsh prison environment, won the César Award in nine categories, the Grand Prize of the Jury at the Cannes Film Festival, and numerous other prestigious international awards. In the words of the director, this prison movie was not intended to be a social critique, but an “attempt to make iconic representations in cinema for the people who do not already have such representations, for French Arabs.”

Audiard’s next movie, Rust and Bone (2012), about a love affair between a single father and a woman who trains killer whales, avoids all genre stereotypes and delivers a story free of moral judgments on the unusual decisions of his protagonists.