A soldier and a sergeant are carting a corpse to nearby villages in a military car. This corpse belongs to an unidentified man who committed suicide three months before in the border zone and was found by police officers. Now, the soldier and sergeant, acting on official orders, are responsible for burying the corpse in a village nearby (in their own territory) before sunset., but they meet the objections of the local villagers. 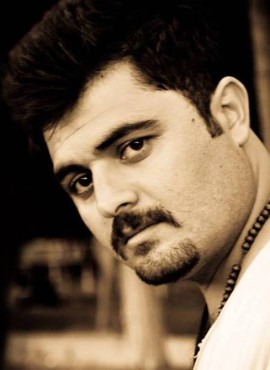 Salah Salehi was born in December 1984 in Saqez, Kurdistan Province of Iran. In 2003, he completed his education at Saqez University and graduated in Arts. Soon after, he decided to continue his studies in Yazd University in the field of Painting, where he earned his Associate degree. In 2009, he pursued his studies of Film Directing in Tehran and successfully obtained his Bachelor’s degree in 2013. Salah has extensive experience in different fields of art, such as photography and sculpture. He has also worked on several student short films as assistant director and photographer. Unknown is his first film experience. It was made in the Spring of 2014 in Kurdistan, Iran.