Four Corners of a Circle

A young man is roaming through the city of Guanajuato accompanied by his friend. He is happy to be away from the hospital, which is a sad and cold place. The city is his home and brings back lost memories and emotions. Meanwhile, thousands of miles away in Belgrade, four women weave their own threads into the story. As one of them dressed as Frida Kahlo disappears into the spotlight of the theatre stage, she’s accompanied by the Yugoslavian version of Paloma Negra, reminding us that only love is eternal in this fleeting world. 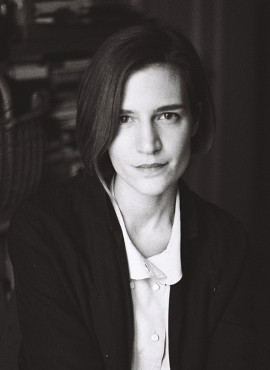 Katarina Stanković is from Belgrade, Serbia. She graduated with a BFA from the San Francisco Art Institute and Gerrit Rietveld Academie Amsterdam and with a Masters in Film Studies from the Academy of Media Arts Cologne. Four Corners of a Circle has been developed through Berlinale Talents – Short Film Station, it won the ARRI Project Award for best pitch at Kino der Kunst Festival in Munich and has been funded by BKM, Germany. The film is part of Katarina’s Meisterschülerstudium graduation work at Filmuniversität Babelsberg Konrad Wolf. She’s currently developing her first feature supported by Cinéfondation Résidence Festival de Cannes, Script & Pitch – Torino Film Lab and Hubert Bals Fund – International Film Festival Rotterdam.