If You See Maria

Maria’s husband has left her to raise their three children. Infidelity on her part seems to be the reason for his abandonment. So, now she drinks and parties to combat her insecurities, leaving her bitter daughter and idiot sons to bear the consequences of a damaged environment. Maria is constantly dancing between her role of a mother and her frivolous need for fantasy that causes her to completely alienate her children, and leads her to the edge of a nervous breakdown. 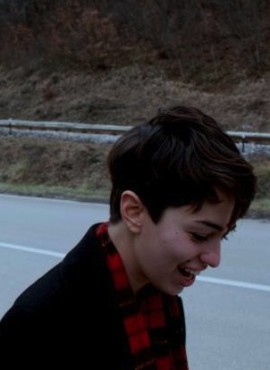 Ivana Anastasovska studied film and television at London College of Communication where she wrote and directed three short films, the first of which is a personal project outside of the university. She was also working as a freelance editor during and after her studies. A few months after graduation Ivana moved back to her hometown of Novi Sad in Serbia to write and direct If You See Maria. In the meantime, her first film All Seasons Burn in Hell, and her second We’ll Meet Again have been screened at several festivals across England and Serbia.