Screenplay:
Frantz Fanon (based on the book),
Göran Hugo Olsson

Concerning Violence is both an archive-driven documentary covering the most daring moments in the struggle for liberation in the Third World, as well as an exploration into the mechanisms of decolonization through text from Frantz Fanon’s The Wretched of the Earth. Fanon’s landmark book, written over 50 years ago, is still a major tool for understanding and illuminating the neocolonialism happening today, as well as the violence and reactions against it.

Crafting a form that is unique in its blend of cinematic essay and archival footage documentary, Concerning Violence re-introduces Fanon’s humanist, post-colonial vision through a cinematic journey that brings us face to face with the people for whom Fanon’s writings on decolonization were not just rhetoric, but a reality. 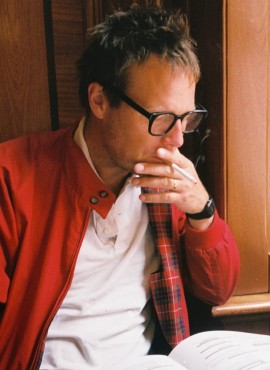 Born 1965 in Lund, Sweden. Göran Hugo Olsson was educated at the Royal Academy of Fine Arts in Stockholm and is one of Sweden’s leading filmmakers internationally. He is a documentary filmmaker, cinematographer and manufacturer of his own innovation – the A-Cam, a Super-16 film camera. He was editor and co-founder of the short documentary television program ”Ikon” (SVT). His film The Black Power Mixtape 1967-1975 (2011) became a huge hit in festivals, theatres and TV broadcasts worldwide. Olsson has since 1999 been a member of the Editorial board of Ikon South Africa – a platform for creative documentary in South Africa by township filmmakers in cooperation with South African national broadcaster SABC.