Blanka, 11 years old, survives alone in Manila begging and stealing from tourists. She dreams of buying a mom. But she has to make countless efforts in order to collect enough money. An opportunity arises when she meets Peter, a 55-year-old blind street musician, who teaches Blanka how to sing. However, concerned with Blanka‘s well-being, Peter decides to take her to an orphanage. When she she finds out, she runs away and faces the dangers of the streets once again. 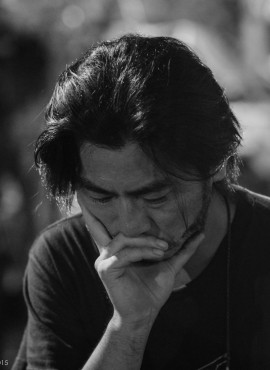 In 1994, after finishing high school in Okayama, Kohki Hasei moved to Tokyo where he started working in the art world. In 2001, he made his first documentary W/O. The film was screened at the Rotterdam Film Festival, Austrian Viennale and New York MOMA Festival and at The Seoul Net Festival in South Korea where it was awarded with the Digital Express Prize.

In 2007, he directed his second film, Godog, in a dump site in Manila where he spent several weeks. The short movie was awarded the Golden Egg, first prize at the 2009 Küstendorf Film Festival.