Costi leads a peaceful life. At night he likes to read his 6-year-old son stories, to help him sleep. Their favourite is Robin Hood. Costi sees himself as the hero – righter of wrongs and defender of the oppressed. One evening, his neighbour pays him an unexpected visit and shares a secret: there is treasure buried in his grandparents’ garden, he’s sure of it. If Costi will hire a metal detector to help locate it, he will give him half of whatever they get. Sceptical at first, in the end Costi cannot resist. He is on board. The two accomplices have one weekend to locate the loot. Despite every obstacle in their path, Costi refuses to be discouraged. For his wife and son, he is a real hero – nothing and no one are going to stop him. 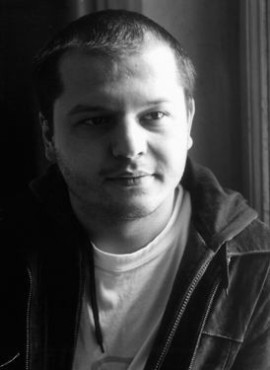 Corneliu Porumboiu was born in Vaslui, Romania, in 1975. He studied film directing at the National University of Drama and Film in Bucharest. His first feature film 12:08, East of Bucharest (2006), a satirical comedy about the celebration of the Romanian revolution anniversary in a small town, won the Golden Camera at Cannes. Another film where his directing and screenwriting talent were recognised is Police, Adjective (2009) shown at the Cannes A Certain Regard program. When night falls in Bucharest (2013) is autoironic, metafilm research of media imperfections, while The other game (2014) also explores the possibilities of film narration.

The film, in which Corneliu and his father Daniel, a famous football referee, analyze the match Daniel had refereed some twenty years ago, was screened at the festival in Berlin. The Treasure (2015), latest film of Porumboiu, was awarded the A Certain Talent award in Cannes.