Expansive period drama follows two childhood friends in northern Italy during the early 20th century. Alfredo Berlinghieri and Olmo Dalcò grow up as close companions despite their class differences. However, they drift apart as adults, Alfredo embracing his landowning heritage and Olmo championing workers’ rights. As the years go by, they see the rise of fascism in their country, and eventually their values find them directly in conflict 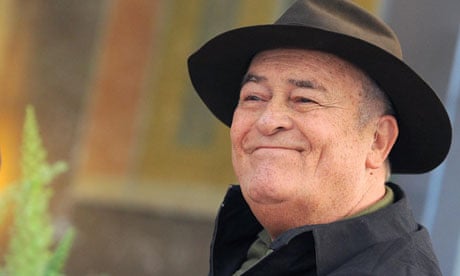 Bernardo Bertolucci (1941-2018) was an Italian film director and screenwriter. Born in Parma, as a teenager he wrote a noted novel, and his career in film started as assistant director for Pier Paolo Pasolini on the filming of Accattone (1961). Pasolini and Bertolucci co-wrote the script for Bertolucci's directing debut The Grim Reaper (1962). Before the Revolution (1964) is a sinister vision of Italy of the time, inspired by the French New Wave. The Conformist (1970) is the first period piece in Bertolucci's work, tackling sexuality, politics and politics-related violence at the onset of the fascist regime. He put politics aside in Last Tango in Paris (1972). The ambitious and grand 1900 (1974) presented the ideological and class dualism which marked the century through the story of two characters followed literally from cradle to grave. The equally ambitious The Last Emperor (1983) shows the transition of China from feudalism to socialism through the ruler's life. The film was made in cooperation with a British producer, but it also received support from the Chinese state. It won nine American Academy Film Awards, in all categories nominated. Bertolucci now went on to make films in English, mostly with British and American actors, like The Sheltering Sky (1990), based on the novel with the same name by Paul Bowles. His last film, Me and You (2012), was in Italian and it won Bertolucci an Honorary Golden Palm. Whether using his camera as an instrument in the play of passion, or as a deadly weapon, Bertolucci drew society's attention to truths he believed in as a steadfast Marxist.