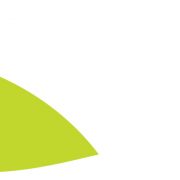 Submissions for short films are now open. We are looking for narrative, documentary, animated or experimental films under 45 minutes. Selected films will be part of the Competition programme at Kustendorf 2020 and their authors will be invited to the Festival in January.

Submit your film by filling out the application form. Please include streaming/download links for the film, director’s portrait and film stills. Send it all to kustendorffestival@gmail.com not later than 1 December 2019. 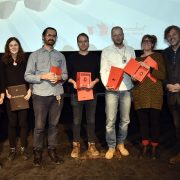 The 12. International Film and Music Festival Kustendorf has ended with awards and closing ceremony in The Damned Yard Theatre. After performances by Svetozar Marković folklore ensamble and Svetlana Spaјić group, Professor Emir Kusturica was awarded by His Royal Heritage Zolani Mkiva and named as Peoples Artist of the Year. The official Kustendorf awards were then handed to the winners as decided by the jury. Ilaria Di Carlo and Saša Karanović received special mentions for their films The Divine Way and Costacurta. Karanović was singled out for the creative ambition and the challenging insights of a promising filmmaker, while Di Carlo received her award for the choreographic and aesthetic artistry of her film. Vilko Filač Award for Best Cinematography was given to Natalia Pietsch For its strong mood matching perfectly with this overall good movie. And for its arresting combination of production design and lighting complementing its sensitive camera movement in Iwo Kondefer’s I’ve got something for you too. Bronze Egg went to Mikkel Storm Glomstein for the impressive efficiency of its message and the mind opening blow it gives to our human ego. Ognjen Petković received Silver Egg and the Jury praised originality of its universe, quality of direction and the strength of the scenario. Finally, Golden Egg was awarded to Corina Schwingruber Ilić for All Inclusive, while films humour, elegant execution and unexpected take on the planet at this time were the reasoning behind jury’s decision. Kustendorf jury members Stana Katić, Slobodan Despot, Tancrede Ramonet and Michael Amathieu declared that they have decided to reward not only skills and craftsmanship but to acknowledge the understanding of our time, originality and the connection to the zeitgeist. 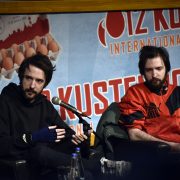 The new film by the Brothers D’Inoccenzio, Boys Cry (2018), was shown on the last day of the 12th Kustendorf festival, as a part of the Conteporary trends programme selection. After the screeinig, the authors joined the audience and discussed the film and their own views on cinema. The work process, as explained by D’Inoccenzios, consists of devouring films, but at the same time one needs to be aware of the influences and keep own specific film language. The brothers described their film as a testament of social and political crisis that Italy is in right now. Althrough, they have described themselves as pessimists, their message was clear: the search for beauty must be a priority regardless of the subject. 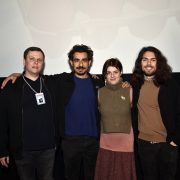 The last part of the Competition Programme was shown on the fifth evening of the 12th International Film and Music Festival Küstendorf.  The audience saw five short films: Kapital by Ivan Perekatov, Mitosis by Halit Ruhat Yildiz, Five Minutes To Sea by Natalia Mirzoyan, Satan by Carlos Tapia Gonzalez, and The Fold of the Cowards by Xabier Alconero. 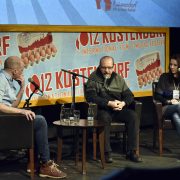 The new documentary by Wim Wenders Pope Francis: The Man of His Word was shown on the fifth day of Kustendorf. After the screening, Andrea Gambetta, the producer of the film, held a workshop for the guests of the Festival. Gambetta has a long history with the Festival and with profesor Emir Kusturica. He was a member of the jury in the first year of Kustendorf, and is guilty, as professor Kusturica said, for the forming of No Smoking Orchestra. Also, Gambetta was a producer on Kusturica’s first documentary film Super 8 Stories (2001). The conversation about the film Pope Francis: The Man of His Word sparked a number of issues. Gambetta emphasized that this documetary was the first time the Vatican used the mеdium of film to speak directly to the world. 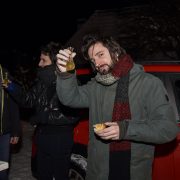 On the fifth day of the festival, the D’Innocenzo brothers – Damiano and Fabio, Italian directors, joined the 12th International Film and Music Festival Kustendorf in Drvengrad. Their debut feature film Boys cry will be shown on the final day of the festival, followed by a workshop. 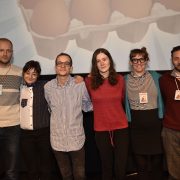 On a third day of Competition programme in Damned Yard Theatre the audience has seen five films: Manila is Full of Men Named Boy directed by Andrew Stephen Lee, I’ve Got Something for You presented by film director Iwo Kondefer and director of photography Natalia Pietsch, The Divine Way by Ilaria di Carlo, All Inclusive by Corina Schwigruber Ilić and Nikola Ilić and Autumn Waltz by Ognjen Petković. 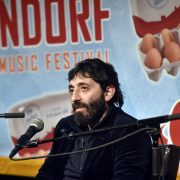 Mateo Garrone’s film Dogman (2018) was shown as part of the Contemporary trends on the fourth day of the Festival. Marcello Fonte, the star of Garrone’s film and winner of the Golden Palm for Best Actor at last year’s Cannes Film Festival talked with the audience after the screening. Fonte told the audience more about how he started out and shared stories about his extraordinary life. Despite the Best Actor Award in Cannes, he still squats in a cinema in Rome where he and his friends host plays and exhibitions. A dedicated non-conformist, Fonte highlighted two points during the talk: never trust institutions and never leave anything for tomorrow – live now 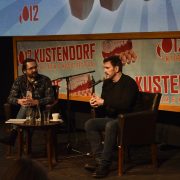 On the fourth day of Kustendorf, within the programme Retrospective of Greatness, the audience had the opportunity to see Gus Van Sant’s film Drugstore Cowboy (1989) starring Matt Dillon. After the screening, the actor held a workshop with the Festival guests. Dillon talked about his acting journey, from his beginnings when he was just fourteen in On the Edge (1979), to his recent collaboration with Lars von Trier in The House That Jack Built (2018). He described his acting philosophy with the word verisimilitude. Although acting and the whole art of film are an imitation, they need to be responsible to the truth. This conviction directs his choice of roles and the only acting method he follows. Verisimilitude helps him distance himself from non-artistic projects which fail to talk about human life. Apart from acting, Dillon also spoke about directing. He has three directing credits and he particularly singled out the documentary film about the Cuban scat singer Fracnsico Fellove, currently in post-production. A long-term project, it embodies the actor’s love for music in general, especially scat singing. 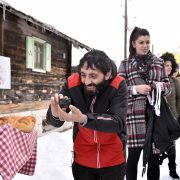 Italian actor Marcelo Fonte has arrived at Mećavnik. Fonte has received best actor award at the previous Cannes film festival for his role in Matteo Garrone’s Dogman. This film will be shown today within Contemporary trends program, and Fonte will hold a workshop with Kustendorfers afterwards.