The Woman Who Left

Horacia Somorostro was released in 1997 after being imprisoned for a crime she did not commit. Although Somorostro reunites with her daughter, she learns that her husband is now deceased and her son is missing. She realizes that one thing remains unchanged – the power and privilege of the elite. This belief is cemented when Somorostro later finds out that her former rich lover, Rodrigo Trinidad was the one who framed her for the crime. She learns that Trinidad is forced to stay in his house like his friends due to kidnapping incidents targeting the rich. To the ruling class, the kidnappings are the most serious problem in the country’s history. Somorostro begins to plot her revenge amidst the crisis. 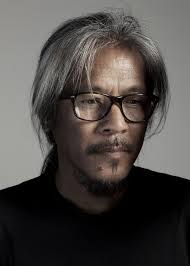 Lav Diaz was born in 1958 in Cotabato, Philippines. He first studied business administration, but then transferred to the Mowelfund Film Institute in Manila. Starting out as a novelist and screenwriter, he directed several shorts and documentaries before making his first feature film. His third feature Naked Under the Moon (2000) screened in the Berlinale Forum. In 2002, his West Side Avenue won Best Picture at the Singapore International Film Festival, among other international awards. His five and a half hour opus From What Is Before (2014) won the Golden Leopard at Locarno in 2014. Melancholia (2008), his eight-hour film, a story about victims of summary executions, won the Orizzonti Grand Prize at the Venice International Film Festival. In 2013, Norte, The End of History was part of A Certain Regard program at Cannes. Last year, he presented A Lullaby to the Sorrowful Mystery in Berlinale, and won the Golden Lion at the Venice film festival with The Woman Who Left.

Soul on a String