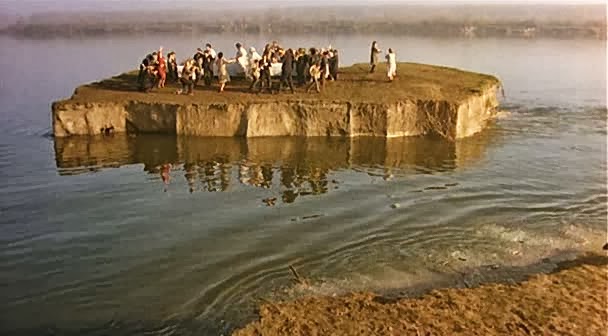 In Belgrade, during World War II, Marko hides his friend Blacky from the Nazis in a cellar where a group of partisans live underground, manufacturing weapons. For Marko, it is a lucrative business and a way of separating Blacky from the girl they both love, the actress Natalija. For 20 years, Marko tells the people below that the war is still on, manipulates and feeds them false information. He becomes a rising political figure in Tito’s regime. 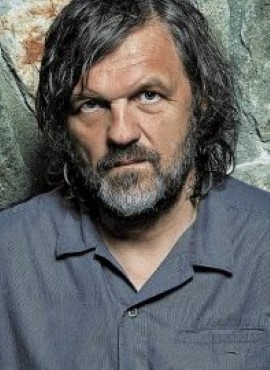 Emir Kusturica was born in 1954 in Sarajevo. He studied film directing at the Film and TV School of the Academy of Performing Arts in Prague. Upon returning to Yugoslavia, Kusturica directed TV movies The Brides Are Coming and Buffet Titanic, followed by feature films Do you Remember Dolly Bell? (Golden Lion at Venice, 1981), and When Father Was Away on Business (Palme d’Or at Cannes, 1985). His next, Time of the Gypsies, was filmed in Šutka near Skopje and in Milan. He moves to New York to teach film at Columbia University. Arizona Dream (1993), filmed in Arizona and Alaska, won both the Silver Bear and the Special Jury Prize at the Berlin Film Festival. Then came Underground (1995), filmed in Belgrade and Prague, which brought him his second Palme d’Or.

Black Cat, White Cat (1998), filmed in Belegiš on Danube, was awarded the Silver Lion in Venice. Life is a Miracle, the film whose set in Mokra Gora became Drvengrad, won a César award for Best European Film. Promise Me This was filmed in the town of Užice and on the Zlatibor mountain and screened as a part of the Official Selection in Cannes.

On the milky road, his latest film, was shot on sites in Hercegovina and Andrićgrad, a town he built on the Drina river. Emir Kusturica is the founder and the director of Küstendorf International Film and Music Festival, established in 2008.