Todor is in his early thirties and he still lives with his mother. Everyday she cooks for him, irons his shirts, washes him and watches TV with him in her arms. She sets all the rules: their everyday life is set by rituals and recurring patterns. Todor works in an open space. His life is perfect until the day he comes home late for the first time ever, after an office party. 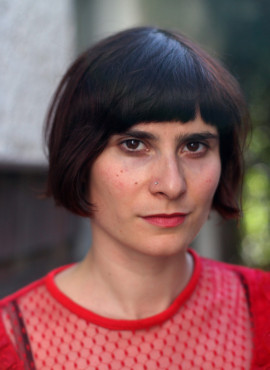 Eliza Petkova, born 26 July 1983 in Veliko Tarnovo (Bulgaria), moved to Germany after graduating from high school in Bulgaria. After studying philosophy and modern Japanese in Düsseldorf, she moved to Berlin and began working as a documentary filmmaker. Since 2011 she has been studying directing at the German Film and Television Academy in Berlin.