The year is 2027 and the world is in a state of chaos. All women have become infertile. A former activist agrees to help transport a miraculously pregnant woman to a sanctuary at the sea. The film is set in a world ravaged by a mysterious plague, wars and terrorist acts. Britain remains as an island of order, governed by martial laws. It is a police state in which all foreigners have been declared illegal immigrants and are rounded up by military forces to be deported and executed. Children of Men  is at the same time a dystopian parable, an adrenaline chase thriller, a sophisticated drama and a tour de force of film directing. 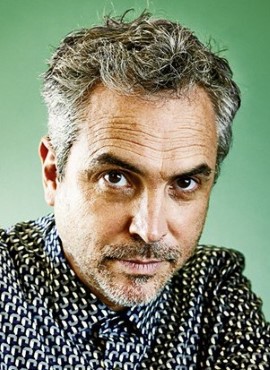 Alfonso Cuarón is a Mexican film director, screenwriter, producer and editor. He shot his first feature, Love in the Time of Hysteria, in 1991, creating a dark comedy which was the biggest box office hit of the year in Mexico. He then went to Los Angeles where Sydney Pollack hired him to direct an episode of the neo-noir Fallen Angels series. This won him the 1993 Cable ACE Award for Best Director.

Cuarón went back to Mexico to direct Y Tu Mamá También (2001), a coming of age road film set against the political realities of his home country. In 2003, he directed Harry Potter and the Prisoner of Azkaban based on the best-selling book by J.K. Rowling.

Cuarόn’s next film, Children of Men (2006), was celebrated by critics and film fans for its groundbreaking filming techniques, including several high-impact tracking shots and long takes. However, its subversive near-future dystopian story prompted serious sociological and philosophical discussions. That same year he directed a five-minute segment of an anthology film, Paris, je t’aime.

Gravity (2013) his latest film to date is a space exploration extravaganza. It has won a total of seven Academy Awards, including the one for Best Directing.