Divided into several episodes, the film charts the life of an icon painter Andrei Rublev in a turbulent period of Russian history. Medieval Russia is seen through the eyes of this wandering monk faced with disturbing realities in a world whose dreadful and seductive nature challenge both his faith and artistry. 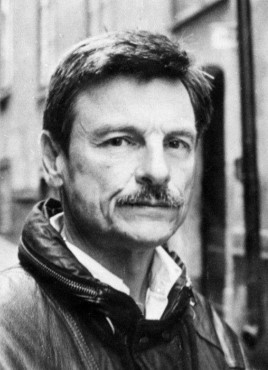 Andrei Tarkovsky was a Russian film director, scriptwriter and film theoretician. He spent his childhood in a small town on Volga River called Yuryevets in Russian Ivanovo Oblast. Tarkovsky left his Arabic studies after his freshman year and joined a geological expedition in Siberia. Following his return, he started film directing studies at the Gerasimov Institute for Cinematography.

With Andrei Konchalovsky, he co-wrote the script for his graduation film The Steam Roller and the Violin (1960) and the two also cooperated on scripts for two following feature films. Ivan’s Childhood (1962) is a film about a boy who lives his childhood in a war. The main actor, the then fourteen-years-old Nikola Burlyayev, had previously made his debut in The Boy and the Pigeon, a short film by Konchalovsky.

Tarkovsky’s next film, Andrei Rublev (1966) is mainly a fictionalized biography of the most famous Russian icon painter. One critic noted that this film was “an icon in itself, rather than a film about an icon painter”. Solaris (1972), formally a science-fiction film but, essentially, a parable about human nature, is an adaptation of a novel by Stanisłav Lem. Mirror (1977) is partially an autobiographical film with which Tarkovsky wished to create an impression that “the music of Bach and Pergolesi, Pushkin’s letters and soldiers crossing the Sivash Pass are as important for human experience as family events”. The Soviet film establishment described the film as “elitist”.

Stalker (1979) is a story about a guide of a dangerous trip undertaken by persons who lost all hope. Tarkovsky shot his last two films in Western Europe. Nostalgia (1983) shows a state of mind and spirits of a man who was forced to leave his country. Sacrifice (1986) is a film about man’s attempt to save the world from an apocalypse of a nuclear war. The same year, the nuclear reactor of the power plant in Chernobyl exploded and Andrei Tarkovsky died in Paris.

Tarkovsky’s book, Sculpting in Time (1986), is a testamentary document in which he explains his understanding of esthetics, art and cinematography with a detailed review of films he had directed.