Sergey and Tanya are in love. Sergey gets drafted and goes to serve in the navy while Tanya longs for his return. During a military operation, Sergey’s armored car sinks in the sea. His family receives news of his death. Tanya’s childhood friend, an ice-hockey player, consoles her. Soon, it turns out that Sergey is alive. Once he reaches home, he finds out that Tanya is married to another man. This is a film about spiritual coming-of-age. 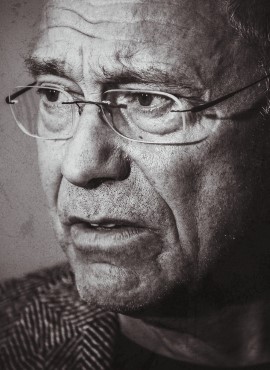 Andrei Konchalovsky is a Russian film and theatre director and screenwriter. Growing up, he was trained as a concert pianist. He co-wrote several movie screenplays with Andrei Tarkovsky during their studies at the Gerasimov Institute of Cinematography. Their cooperation resulted in a featurette, Steamroller and the Violin (1961), and Ivan’s Childhood (1962), a feature in which Konchalovsky also played a small role. Later, the two collaborated on the screenplay for Andrei Rublev (1966). In the meantime, Konchalovsky directed his first film, First Teacher (1965), based on the prose by Chynghyz Aitmatov. His next film, The Story of Asya Klyachina (1967), was for the first time widely distributed only 20 years after it had been produced.

Following an adaptation of Uncle Vanya (1971), Konchalovsky directed A Lover’s Romance (1974) in which characters speak mostly in free verse. He was awarded the Grand Prize of the Jury at the 1979 Cannes Film Festival for the four-part Siberiade, portraying three generations a Russian family living in a village. In 1972, he won the Kazakhstan State Award for the screenplay of The End of The Ataman. He also won the Russian People’s Artist Award in 1980. In the same year, he went to Hollywood. In the movie Maria’s Lovers (1984), he sets Andrei Platonov’s novel in a Serb community in a small town in Pennsylvania. His movie, Runaway Train (1985), was based on the screenplay by Akira Kurosawa. In the US, Konchalovsky also directed television and won a Prime-Time Emmy for his mini-series, The Odyssey. Since 1994, he has directed movies on both sides of what once was the Iron Curtain.