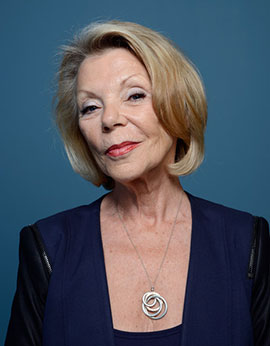 Claudie Ossard started by producing commercials. In 1981 she created Major, which rapidly became one of the leading French companies in its field. Jacques Tati, Jean-Baptiste Mondino, Martin Scorcese, Emir Kusturica, Jean-Jacques Beineix: Claudie brought the most talented directors to advertising. But a hundred commercials down the line there came a growing desire for a deeper form of expression.

In 1986, Claudie Ossard took the leap and set up a new company, Constellation. Its first project: Betty Blue by Jean-Jacques Beineix received an Oscar nomination. To follow were Serge Gainsbourg’s Charlotte Forever, Jean-Pierre Jeunet and Marc Caro’s Delicatessen (which won 13 awards and 9 nominations) The City of Lost Children (2 awards and 11 nominations), an incredible film by Emir Kusturica, Arizona Dream, which won the Silver Bear at the Berlin Film Festival.

Claudie remained faithful to Jeunet by producing Amélie. More than two years of full-time work and A fabulous destiny…

Since then, Claudie has gone on to make the exceptional Paris je t’aime with directors from around the world, two films by François Ozon, Ricky, that premiered in Berlin and The Refuge, that won the Jury Prize at the San Sebastian Film Festival, Coco Chanel & Igor Stravinsky (closing film at the Cannes film festival in 2009), an edgy documentary Indignados directed by Tony Gatlif, the Oscar-nominated masterpiece Pina directed by Wim Wenders and the first live action feature film by Oscar-nominated animation director Sylvain Chomet, Attila Marcel. She is currently working on Foujita, the first French co-production of the esteemed Japanese director Kôhei Oguri. 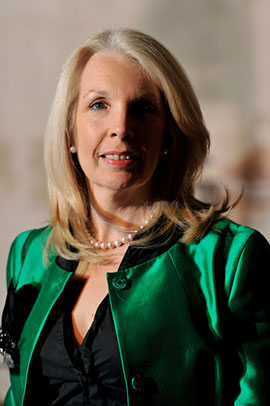 Amanda Nevill is the Chief Executive Officer of the British Film Institute (BFI), the leading UK film institution which currently runs a major international strategy promoting British motion pictures home and abroad. She has supervised the transformation of BFI and its 2011 takeover of the UK Film Council and has been described by UK media as the most important person in British film today.

In the past, Nevill ran the Royal Photographic Society’s archives and this institution’s National Centre for Photography exhibition space in Bath. Her contribution earned her the post of the first Director-General of this organization in 1990. During her tenure as the Head of Museum at the National Museum of Photography, Film and Television (now the National Media Museum) in Bradford, which she started in 1994, Nevill launched the Bradford International Film Festival. She helped make this museum the most visited museum in the UK outside London. Starting at the BFI in 2003 as the director of organization, she became its top official in 2011 when the Institute launched a campaign of promoting British film with the help of UK National Lottery funds. In December 2013, she organized and led a major delegation of top UK CEOs and officials to China, after which a landmark co-production treaty was signed in April this year.

An Englishwoman, Mrs. Nevill hails from Yorkshire and is educated in Paris. 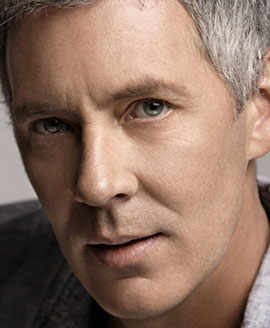 Alex García is a Malibu-based Mexican producer and owner of AG Studios, an umbrella company for production and distribution across the Americas, notably Mexico, U.S.A., Colombia, Brazil and Argentina. His establishment also includes a film fund, an animation studio, film festivals and an online film platform. Among the first films García has produced was Jose Padihla’s Elite Squad (2007), which won the Golden Bear that year in Berlin, as well as 30 other accolades. Then came Guillermo Arriaga’s The Burning Plain and Carlos Cuarón’s Sugar Kisses. His films have participated in renowned festivals, including a gala screening at the 2014 Venice International Film Festival for Words With Gods, Berlin and Tribeca, to name a few. Two of his upcoming feature films will kick off the 2015 Sundance Film Festival: Long Live Music and Reversal. Also this year, García will release English language titles The Jesuit, written by Paul Schrader, Captive, starring Kate Mara and David Oyelowo, and Academy Award nominated actor Demian Bichir’s directorial and writer debut, Refugio. Alex García is one of the most prolific movie industry producer and film investor in Latin America today. His works is fuelled with an ambition to reclaim the importance and artistry the continent’s film industry once held. Since 2006, he has invested in nearly 100 pics.