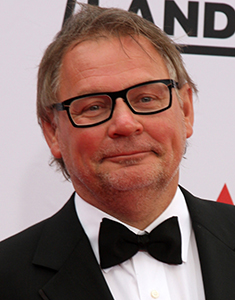 Janusz Kaminski is a Polish-born cinematographer and film director. After the martial law was imposed in Poland in 1981 he emigrated to USA. He graduated at the Columbia College in Chicago in 1987, and afterwards he relocated to Los Angeles to study at the American Film Institute, where he graduated with an M.F.A. Kaminski’s Hollywood career started in early 1990s with various film projects, including acclaimed television movie Wildflower directed by Diane Keaton.

In 1993 Kaminski began a long and successful collaboration with Steven Spielberg with television film Class of ’61, on which Spielberg was executive producer. The first film they made together was Schindler’s List (1993), for which Kaminski won the Academy Award for Cinematography, as well as a BAFTA Award. Since then, Kaminski has shot all of Spielberg’s films: Amistad (1997), The Lost World: Jurassic Park (1997), A.I. Artificial Intelligence (2001), Minority Report (2002), Catch Me If You Can (2002), The Terminal (2004), War of the Worlds (2005), Munich (2005), Indiana Jones and the Kingdom of the Crystal Skull (2008), War Horse (2011), and Lincoln (2012).  In 1998, Kaminski worked on Spielberg’s movie Saving Private Ryan for which he received his second Academy Award for Best Cinematography. Furthermore, Kaminski was Oscar-nominated three additional times for Amistad, The Diving Bell and the Butterfly and War Horse. In 2008, he won an Independent Spirit Award for Best Cinematography for The Diving Bell and the Butterfly directed by Julian Schnabel

Kaminski’s directing credits include Lost Souls (2000), Hania (2007) and American Dream (2011) on which he also worked as cinematographer. 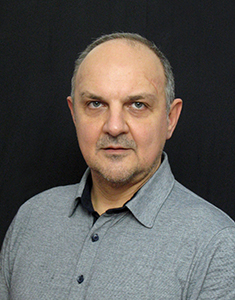 Goran Volarević is a Serbian cinematographer born in 1967 in Belgrade. He studied film and television cinematography at the Faculty of Dramatic Arts in his hometown. Upon graduation he worked as first assistant and camera operator for Milorad Glušica who was the head of the department at which he studied. The first feature film he made as the director of photography was Srdjan Koljevic’s The Red Colored Grey Truck (2004). At the Herceg Novi Film Festival, he was awarded the Golden Mimosa for Best Cinematography.  For his 2007 movie, The Fourth Man, he received an award from the Yugoslav section of the International Federation of Film Critics (FIPRESCI). The same movie was shown the the Manaki Brothers International Cinematographers’ Film Festival in Bitola. He began filming the TV drama series The Storks Will Return in 2007, a show that has gained vast popularity and acclaim from critics in Serbia and the region. In 2007, Volarevic filmed The Woman With a Broken Nose, which gained great recognition at European film festivals. In 2010, he made the period piece Montevideo, God Bless You!, which portrays the Yugoslav football team’s participation at the first World Cup in Uruguay. In addition to feature films, Goran Volarević filmed a large number of commercials, documentaries, and TV movies.