Drago is a surgeon from Podgorica. He made a fatal mistake during an operation and, as a result, killed the only son of a local crime boss. Now, his own only son Budo is endangered, so Drago decides to send him to Belgrade (capital of Serbia) to be under protection of his old college friend. For Budo, this is a great opportunity to get a taste of Belgrade nightlife. He hits the bars and roams a hot Belgrade night, looking for girls and other forms of entertainment. Budo is blissfully unaware that his protectors aren’t what they are supposed to be. 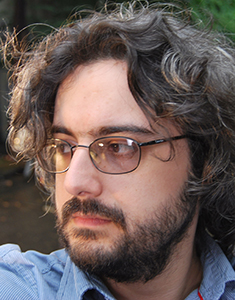 Danilo Bećković was born in Podgorica in 1981. He has a degree in Film and TV Directing as well as in General Literature and Literary Theory from the University of Belgrade. He directed short fiction films: Wolf (2004), Age of Innocence (2007) and MontePuttana (2008) as well as a short documentary, Slam. His documentary, Crnjanski, about the life of a famous Serb writer, is currently in post-production. Mali Budo (Little Budo) is his first feature film. Mr. Bećković is not married.