Kosma is a documentary film about a rarely spoken matter in the usual coverage of Kosovo – everyday life omitted from news and politics. Life transformed into FM frequency sounds, observed by radio ears capturing voices of those who are voiceless and non-existing in official media. From simple everyday life to fantastic sights of living tradition that spring out of the deepest and the most beautiful layers of time, space and human experience. Kosma is a vivid fresco depicting clashes of the lyrical, epic and dramatic in a unique mixture of gloomy grayness and burning colors emerging from amazingly beautiful sights.

The KOSMA radio network is the only link among highly isolated Serbian communities in Kosovo. The sound of the radio travels through deserted areas and abandoned houses, breaking down the barriers that their listeners themselves cannot surmount. 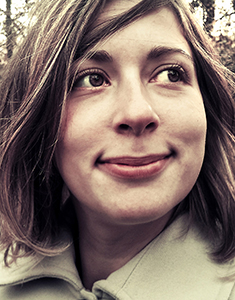 Sonja Blagojević was born in 1980 in Belgrade, where she graduated in Film and TV Directing from the Faculty of Drama Arts. She has directed several documentaries and short fiction films that were screened at international festivals. She works as a freelance director, assistant director and also as a producer of the “Magnificent 7” Documentary Film Festival in Belgrade. Her previous film, the medium-length documentary Joe Goes To Serbia, has been shown at more than 20 national and international film festivals and has won several awards.