President of the jury 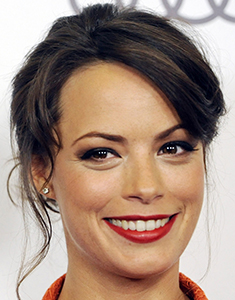 Bérénice Bejo is a French-Argentine actress. She was born in Buenos Aires and then, after the military junta came to power in her country, she joined the ranks of numerous and notable Argentine emigration in France. She studied theater acting in Rambouillet and started her acting career on TV. The international film audience noticed her early, as Heath Ledger’s partner in Brian Helgeland’s A Knight’s Tale (2001). She worked with director Michel Hazanavicius and actor Jean Dujardin for the first time in OSS 117: Cairo, Nest of Spies (2006), a spectacular parody which would only herald the things to come. She played the main role in a full-length semi-documentary, Henri-Georges Cluzot’s Inferno (2009), a film about the unfinished project by the famous French director. With Hazanavicius and Dujardin she made The Artist (2011), which was the most sensational global event of the season that overshadowed Occupy Wall Street, the death of Kim Jong-il, as well as the murder of Bin Laden. The film won five Film Academy awards, including Best Picture. Using exclusively non-verbal expressions, Bérénice Bejo achieved the most impressive role of her career so far, that of Peppy Miller, a character who rises to stardom against all odds. For the main role in Asghar Farhadi’s The Past, she won the award for best actress at the latest Cannes Film Festival. 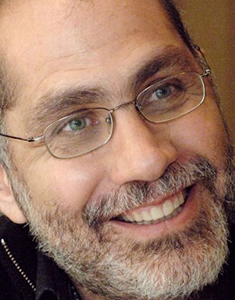 Guillermo Arriaga is a Mexican writer, screenwriter and director. He was born in Ciudad de Mexico in 1958. Before he started working on films, he did all sorts of odd jobs. Among others, he was a professional boxer, basketball and soccer player. He got his masters in psychology at The Ibero-American University. His novel, A Sweet Scent of Death, was adapted into a film with the same title and he wrote his first film script for Amores perros (2000), which was directed by Alejandro Gonzales Iñárritu.
This film won numerous awards, becoming one of the best-known Latin American movies in the world. The working title of the film was Black Dog, White Dog. Next project on which Arriaga and Iñárritu worked together was shot in the USA. 21 grams (2003) is a drama about strangers connected by a chance event; the film is about death and its influence upon survivors. The film takes its title from a legend which has it that a human body loses 21 grams upon death.
With their third and latest film, cooperation between the two also calls into question the usual idea of relations between a director and a scriptwriter. In the meantime, Arriaga wrote the script for Tommy Lee Jones’ film The Three Burials of Melquiades Estrada for which he won Best Screenplay Award at the Cannes. In 2008, Arriaga directed his own, so far the only feature, The Burning Plain. His narrative style characterizes a non-linear form made up of inter-related stories which critics dub “hyperlink cinema” or, less pompously, “mixed-up reels”. 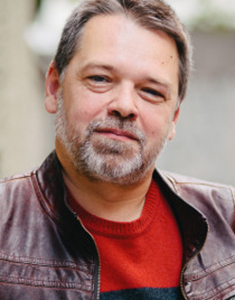 Srđan Koljević is a Serbian screenwriter and director. He was born in Sarajevo in 1966. He has so far been a screenwriter, a co-screenwriter or a screenplay associate for 12 feature films and he directed two films. The first, The Red Colored Grey Truck (2004), a road movie set at the dawn of the war in Yugoslavia, has been awarded in a number of international festivals. The other, a drama of interwoven narratives, The Woman with a Broken Nose (2010), was also awarded at festivals and it featured in repertory film theaters across Europe. As a screenwriter, together with Melina Pota Koljević, he adapted The Trap, a novel by Nenad Teofilović, upon which director Srđan Golubović made a film in 2007. The rights for the screenplay were bought by a US film studio. Srđan and Melina Pota Koljević wrote a script for Circles (2012) which probes the consequences of an unequivocal heroic act during the Yugoslav war. The film won a special jury award at 2013 Sundance Film Festival in World Cinema Dramatic Competition category and it is the Serbian candidate for The Film Academy Awards. Srđan Koljević is a professor at the Faculty of Dramatic Arts in Belgrade. He is working on a film about Rudolf Zistler, a chief defense lawyer for Gavrilo Princip, an assassin of Archduke Franz Ferdinand, before an Austrian court.