Young & Beautiful is a coming of age film which follows the life of a seventeen-year old girl through four seasons. During a summer vacation with her family in southern France, Isabelle decides to lose her virginity with a young man from Germany whose name is Felix. This experience leaves her indifferent. In the fall, Isabelle continues to explore her sexuality, this time working as a prostitute, and while still living at her parents’ home. In this role, she meets older men. One of them, during their encounter in a hotel room, dies of a heart attack. The winter brings to the family a painful facing with Isabelle’s secret, while the spring brings an attempt to heal. 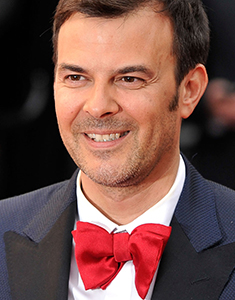 François Ozon is a French film director and scriptwriter born in Paris in 1967. Having studied film directing at La Fémis under Éric Rohmer, he shot several short films, notably A Summer Dress (1996).

Even in his early films Ozon established a thematic and stylistic framework which will later on in his career become a recognizable auteur worldview. The world viewed by François Ozon is characterized by strong sexual tension,  while his characters often display versatility of sexual orientation. Commercially, Ozon’s most successful film, 8 Women (2001) is a musical whodunit with an ensemble cast made up of the best French film actresses. His next film, Swimming Pool (2002), is a mysterious psychological thriller of a Hitchcock-esque inspiration, with Charlotte Rampling and Ludivine Sagnier.

Female characters with dominant powers as opposed to weak male characters, also grotesque or even completely absent, place Ozon in that streak of cinematography which is defined by authors such as Fassbinder, Almodóvar, Waters and even Bergman. His latest film, Young & Beautiful was nominated for the Palme d’Or at the festival in Cannes.