Ahmad, an Iranian, comes back from Tehran to Paris to officially divorce his wife, a Frenchwoman, Marie, with whom he has not been living for four years. After their meeting at the airport, which is filled with emotions, the situation gets complicated. Marie has been in a relationship with an Arab, Samir, and wants to marry him. Her older daughter from the previous marriage does not approve of her mother’s decisions. Ahmad tries to keep aside, but he inevitably becomes a part of their life again.

Gradually revealing various layers of the narrative, Farhadi creates a story about an emotional married life in light of class and economic issues. Following the details from their private lives, these people reveal specificities of immigrant life in France. At the same time, through Farhadi’s eyes, Paris looks surprisingly similar to the Tehran from his previous film, A Separation. The Past is characterized by lengthy dialogues and subtle emotional nuances of a family life, a skillful narrative strategy and an excellent cast. 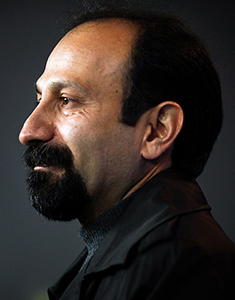 Asghar Farhadi is an Iranian filmmaker and scriptwriter. He was born in 1972 in Khomeyni Shahr, a conurbation of Isfahan. He got his degree in dramatic arts at the University of Tehran, and his masters in theater directing at Tarbiat Modares University in the same city. He started to work on film within the Iranian Youth Film Society by shooting shorts. He then wrote TV and radio dramas for the national broadcasting corporation, IRIB.

His first produced film script was for Low Heights (2002) by Ebrahim Hatamikia. He made his debut as a director one year later with Dancing in the Dust. After The Beautiful City (2004), and Fireworks Wednesday (2006), he won the Silver Bear in Berlin in 2009 for his film About Elly.

A Separation (2011) is a family drama through which key social, political and class issues are reflected, while the Film Academy chose it for the Best Foreign Language Film. It was the first ever Iranian movie among the laureates. The Past, his sixth feature film, won the Prize of the Ecumenical Jury in Cannes this year.