During her eleventh birthday celebration, Angeliki commits suicide by jumping off her balcony with a smile on her face. Her family – her mother, grandfather, grandmother, brother and sister – try to show the world a picture of a dignified loss. They claim that this was an accident. Social services get involved in the investigation.

Using a precisely organized narrative, the director gradually reveals a balance of power and family history, creating an anxious world in which nothing is the way it seems. Using cinematographic means, Avranas is trying to reveal the true nature of violence and a relationship between a victim and an abuser. 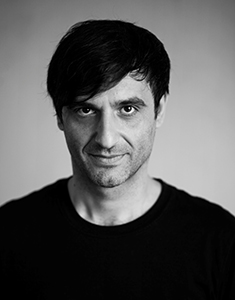 Alexandros Avranas, a Greek filmmaker, was born in Larissa in 1977. He started his studies of sculpture at the Athens School of Fine Arts and he continued them at The Berlin University of the Arts. His first film Without (2008), for which he also wrote the script, won five awards at the international film festival in Thessaloniki. His second film, Miss Violence (2013), won numerous awards, including the Silver Lion at the film festival in Venice. Avranas’ films show the human condition in the context of a family life as well as in a wider social context.