Urszula is preparing a traditional Easter breakfast to welcome her daughter and her new fiancé.  When the couple arrives, the man turns out to be thirty years older than Urszula’s daughter. Easter breakfast turns into supper, while Urszula goes through the worst day of her life. 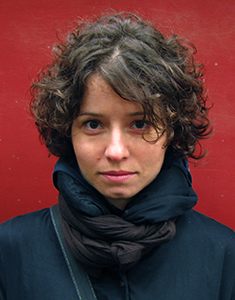 Julia Kolberger studied English language and literature, film studies, and applied linguistics in Tours and in Paris. She graduated in directing from the Polish National Film School in Łódź. She has made the following films: Mother Doesn’t Disturb Me (2005), Tell Me More (2006), Tactility (2007), The Training (2008), I won’t be here tomorrow (2010).

The Training won her the main prize at the Łodzią po Wiśle festival in 2008.