Bong-Moo, an old stubborn farmer who only cares about his corn crop, disapproves of his son Young-Woong’s lifestyle, working at the newly built hotel adjacent to the farm. When Bong Moo’s crops become sick, he secretly starts a new method of farming with surprising results. 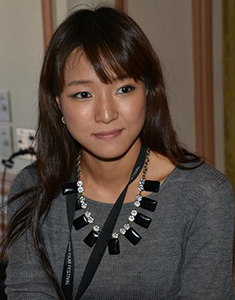 Joo Hyun Lee was born and raised in Seoul, South Korea, where she was influence by her mother, who is a screenwriter. While she was in college in South Korea, she joined a film club and started to unravel her dream as a storyteller through filmmaking. She later moved to United States to study film. To date, she has written and directed several short films in the US. Her most recent project, “Sweet Corn,” won DGA Student Film Award and officially selected for Heartland Film Festival, San Diego Asian Film Festival 2013. She is currently living in New York and working on her first feature project.