When Lucia’s father dies under mysterious circumstances, the hierarchies of the household shift, and Lázaro, the driver, feels that this might be his only chance to resolve his desire for her. Without realizing it, Lázaro will be caught between Lucia’s attempts to exorcise the demons left from the relationship with her father and this attraction, which, slowly, is turning into an obsession. 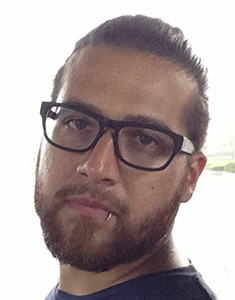 David Figueroa García is a writer-­‐director from Mexico City. He holds a Master of Fine Arts in Film from Columbia University. His work as a director has received awards from the Directors Guild of America, the National Board of Review, Independent Film Project, Brooklyn Arts Council, the Jerome Foundation, among others.