Film School:
Krzysztof Kieslowski Faculty of Radio and Television at the University of Silesia in Katowice

Production Company:
Krzysztof Kieslowski Faculty of Radio and Television at the University of Silesia in Katowice

Radka and Marzena rent a small apartment. Both girls work as nurses. 20-year-old Radka wants her son back from child care facility. Marzena is 40-year-old and still can’t find a husband. One day, Marzena asks Radka for replacement at work. 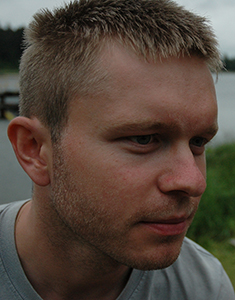 He was born in 1983. He grew up on farm in a small village in the suburbs of Cracow where he still lives today. He is a graduate of Film Directing at the Krzysztof Kieślowski Faculty of Radio and Television at University of Silesia in Katowice. Director of several award-winning short films: “Our Bad Winter”, “The Whistle” (Grand Jury Prize at Sundance Film Festival 2013) and “The Dog Hill”.