Two fishing buddies, a privatization of a fabric and some fish stew. 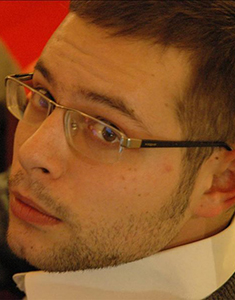 Luka Popadić was born 1980 of Serbian parents and grew up in Baden, Switzerland. After graduating from high school he was wandering around for several years: He was a student of political science, farmer, constructions worker, owner of a LLC, call center outbound agent, party promoter, graphic designer, musician and an officer in the Swiss Army. Finally, his journey led him to film directing where he found his fulfillment!

During his studies at the Faculty of Dramatic Arts in Belgrade he made several short fiction and documentary films which were successfully shown and awarded at numerous festivals around the world. Now he is happy to make his first professional steps…