A hitchhiker is taken in by a remote Polish mountain community. Tested by the hardened locals and the unforgiving harshness of his new environment he consttutes his presence in the mountains. But to whom do we have to prove what we’re made of? 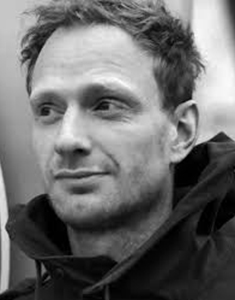 Martin Rath grew up in East Berlin. He is a student at the directing department of the Polish National Film School in Lodz. His short documentary “Written in ink” was the most screened Polish short film at international film festivals in 2012 with over 100 official selections world-wide including SXSW and Hot Docs. In 2013 Martin completed his short fiction film “Arena”.