THEY SHOOT HORSES, DON’T THEY?

At the time of the Great Depression, a group of desperate people applies for a dance marathon. For them, this is a rare opportunity to get a decent meal and the winning pair is also due to win a magical sum of 1,500 dollars. Gloria is a cynical, disillusioned young lady. When her partner gets disqualified during an audition over poor health, she pairs up with Robert, an accidental passer-by. Other dancing couples are an actor and an actress, a farmer with a pregnant wife, and a navy veteran with her partner. During more than a month of dancing, weaker couples are out of the race, two by two. Gloria and Robert get married during the contest in order to attract sponsors. When they find out towards the end of the contest that nothing will come of the prize they were promised, the two of them will seek an alternative solution to escape poverty, suffering and humiliation. Although his story is set in a hopeless and long-time forgotten era, Sydney Pollack’s film has been getting an increasing number of meanings during 45 years of its first screening, become ever more pressing. 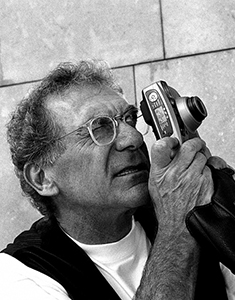 Sydney Pollack (1934-2008) was an American film director, actor and producer. He studied acting in New York City with Sanford Meisner while supporting himself by working on a lumber truck. He went to Hollywood to work as a speech instructor and he there played several supporting roles in TV and film. Burt Lancaster encouraged him to pursue a career as a director. He directed over twenty features. They Shoot Horses Don’t They? a film which thematized a mammoth dance marathon during the Great Depression, put him in the focus of media attention. It was nominated for Film Academy awards in nine categories. There followed Jeremiah Johnson, a western based upon a script by John Milius, Three Days of the Condor, a paranoid conspiracy theory thriller, and Tootsie, a comedy about a gender identity change. Dustin Hoffman, the main protagonist of Tootsie, talked Pollack into returning to acting after twenty years. After this, Pollack had a number of distinct supporting roles in popular TV serials, but also in films by authors such as Robert Altman and Stanley Kubrick. His film Out of Africa (1985) won a total of eight Oscars, including Best Direction and Best Picture.

Sydney Pollack was also a pilot of jet airplanes.