Director of photography:
Robert B. Hauser

Passing through the Cheyenne territory, a US cavalry squadron is attacked by the natives. The only person surviving the assault is Cresta, a young woman who previously lived with the Cheyenne, and Chonus, a smooth-faced clumsy private. They will try to reach Fort Reunion where Cresta’s fiancé awaits her. Cresta is persuading Chonus that Cheyenne are peaceful but to no avail. During the journey, they will face a belligerent Kiowa people as well as arms dealers, while Chonus falls in love with his fellow sufferer.

At the end of their journey, the two witness a terrible massacre of US forces against Cheyenne’s children and the elderly. Chonus realizes that Cresta is right. Soldier Blue, a film containing some of the most graphic scenes of violence in the history of this art, is also evidence about violence against autochthonous population of the Americas and a subversive metaphor about the massacre in the Vietnamese village of Mai Lai, an event with which the filming of this revisionist western coincided. 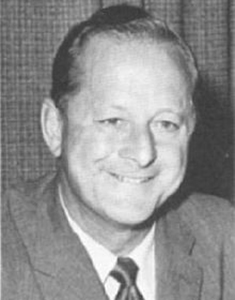 Ralph Nelson (1916-1987) was an American film and TV director, actor, screenwriter and producer. He started his career as an actor and soon began to direct TV films and serials. On TV, he worked with the producer and screenwriter, Rod Serling, on The Twilight Zone serial and then on the TV film Requiem for a Heavyweight (1956) following Serling’s screenplay. Six years later, Nelson shot his first feature based on the same script and starring Anthony Quinn. Nelson then directed Lilies of the Field (1962). The Film Academy awarded the main actor in the film, Sidney Poitier, making him the first African American laureate. There followed films which dealt with the pressing issues of racial discrimination in the American South (…tick…tick…tick…) as well as in apartheid (The Wilby Conspiracy). Soldier Blue (1970) was inspired by American troops’ massacre of Cheyenne in 1864. The film is also considered to be an allegory of the war which, at the time, the USA waged in Vietnam.