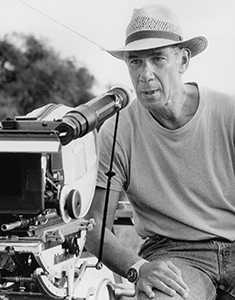 Robert Dupea gave up his career as a concert pianist and he started working in the oil fields of California. He spends his time either with his girlfriend Rayette, who is an aspiring country music singer, or bowling and getting drunk with his friend Elton. When Robert finds out that his father is sick, he leaves for Washington together with Rayette. There he faces his wealthy, educated family of musicians and the life he escaped. Five Easy Pieces is a well thought-of character study centering on a voluntary self-styled outlaw, an exile from his class, his profession and the family in which he was born.

Bob Rafelson (b. 1933) is an American film producer, director and screenwriter. He has so far directed ten feature films. The height of his career is linked with the era of the New Hollywood film because filmmakers like him found it increasingly difficult to produce and screen films in the ensuing blockbuster period.

At the start of his career, Rafelson was an author of a TV serial about a fictitious rock group, The Monkees. Following the serial’s success, the actors who had played musicians became a real band.

Five Easy Pieces is the Bob Rafelson’s most famous film. He wrote the script for this movie together with Jack Nicholson who also played the main role. The film was awarded for direction by New York Film Critics Circle and it was nominated for the Best Original Screenplay and Best Picture by the Film Academy. Rafelson and Nicholson have worked ever since. Nicholson starred in a total of six Rafelson’s films, including The King of Marvin Gardens set in Atlantic City at the very end of the city’s golden era, and The Postman Always Rings Twice, an adaptation of a novel by James M. Cain. Rafelson’s recent films were also adaptations of hardboiled novels by notable authors such as Dashiell Hammett and Raymond Chandler.