Easy Riders, Raging Bulls: How the Sex, Drugs and Rock ‘N’ Roll Generation Saved Hollywood is a documentary exploring the rise and demise of a generation of film directors who changed for good the way in which Hollywood films were shot, produced and distributed. Under the influence of the auteur theory and the European New Wave, those young cineasts made movies which made it possible for Hollywood magnates to reach new generations of film audiences. This period, dubbed the New Hollywood in the history of film, is unique for its artistic freedom and almost unlimited control which bosses of big studios gave to movie makers. Bowser’s film, following a book by Peter Biskind, finds a tragic mistake which caused the demise of every individual filmmaker from the group as an author, and sheds light on the end of this era when Hollywood became what we know of it today. 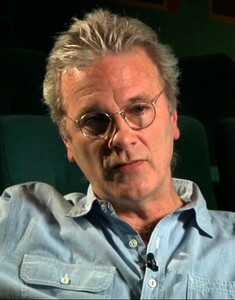 Kenneth Bowser is a US film and TV director, scriptwriter and producer. He makes feature-length documentaries and long features. He was born in New York in 1951. His debut film was a feature, In a Shallow Grave (1988), an adaptation of a novel by a controversial writer, James Purdy. He specialized in documentaries which take stories about American culture as themes. His studious documentary, Frank Capra’s American Dream (1997), in which he interviewed figures such as Robert Altman, Martin Scorsese and Peter Falk, is a detailed career review of the famous US director of Italian origin. Hollywood, D.C. (2000) explores mutual influences and relations between the world of US politics and film industry. Easy Riders, Raging Bulls (2003) a documentary based on Peter Biskind’s novel, was screened at the Cannes festival the year of its release.