Cabaret is a story about Brian, a Cambridge graduate, who moves to Berlin not long after the Nazis come to power. He is seduced by bawdy decadence of the world in which he stepped into, especially by cabaret shows in a night club. A singer from this club, Sally Bowles, introduces him to Berlin of the Weimar period. Brian and Sally are seduced by a wealthy playboy and nobility, Maximilian. National Socialism is on the rise and the entire world suddenly starts to implode, together with their love triangle. Sally is pregnant but she is not sure who the father is. Brian offers her marriage. However, Sally cannot see herself in family bliss. Brian returns to Cambridge and Sally stays, singing in a night club before an audience wearing Nazi party uniforms. Life is a cabaret. 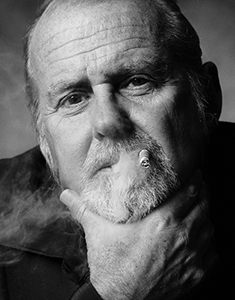 Bob Fosse (1927-1987) was a US dancer, actor, choreographer, scriptwriter, theater and film director. As a teenager he performed dance pieces in vaudevilles and burlesque shows in his native greater Chicago area. He moved to New York City aspiring to become a Fred Astaire. Yet, Fosse was hired as a choreographer on Broadway in a roundabout way, by playing supporting roles in Hollywood-produced musical comedies.

His choreographies are innovative, minutiose and recognizable but also defined by his musical taste, life experience and physical limits. He won a total of eight Tony Awards for Best Choreography, which makes him the most awarded Tony choreographer, and he also won a Tony Award for Best Direction.

Fosse directed a total of five feature films. Sweet Charity is an adaptation of his Broadway show which borrows motifs from Federico Fellini’s Nights of Cabiria, while Lenny is a biographical film about a comedian, Lenny Bruce, starring Dustin Hoffman. Cabaret is a musical whose story is set in decadent Berlin of the Weimar period. This film won a total of eight US Film Academy awards, including Best Director. His following feature, a semi-autobiographical musical, All That Jazz, won the Palme d’Or at the Cannes Film Festival. His last film was Star 80.

Fosse died of a heart attack while renewing Sweet Charity, the musical. The renewed Chicago show with his choreography has been one of the longest running shows on Broadway. The choreography which he designed and performed in The Little Prince, inspired Michael Jackson’s dancing style.